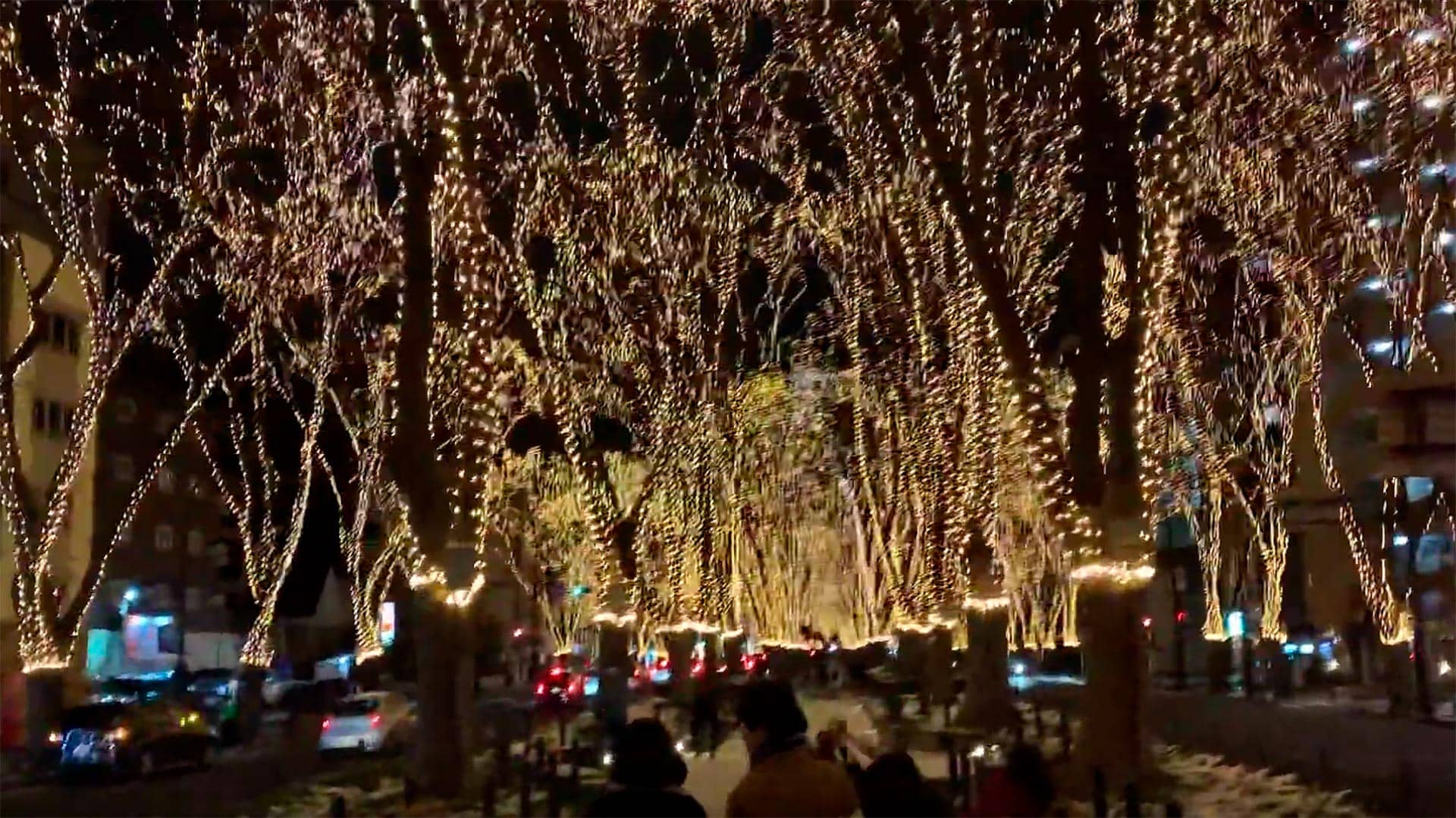 Winter Illuminations on Jozenj-Dori in Sendai

The Sendai Pageant of Starlight, which began in 1985, is now famous nationwide as one of Japan’s most spectacular winter illuminations.
Japan Travel

Lucky for us we actually got a ride from Coco’s nephew and his family right to Jozenji-dori, which saved us the walk after a filling New Year’s Eve dinner. It was the final evening of this spectacular winter illumination, and we were definitely not the only ones taking in the sights.

Strung out among the 4 rows of Zeklova trees on this major boulevard in Sendai were 600,000 white lights, which made for a spectacular display. Jozenji-dori has a park-like median with statues and benches, and is a popular destination for locals and visitors alike. And on this evening the entire area was filled with photographers, videographers, couples and individuals posing for pictures, or simply admiring the spectacular sight of the white lights in the towering trees.

We Experience the Winter Illuminations on Jozenji-dori

We started at one end of Jozenji-dori and joined the festive throngs making their way down the wide median. At intersections traffic police guided the throngs safely across the intersections and on to the next section. With so many people, many of who were looking up into the trees or into the viewfinders of their smartphones and cameras it was actually amazing nobody walked into a tree, or someone else!

For your favorite digital nomads it was a special and magical welcome to our new home town. We had never experienced anything even close to it, and enjoyed this immersive experience a lot. And yes, we did stop to take some romantic images of the two of us ourselves. Isn’t that what the magic of the holidays is all about?

Over the coming months we plan to share lots of posts and images of our new home city. So many of you have asked where we will live, what it is like there, and what we will do in Sendai. We look forward to sharing all that with you very soon! For now please enjoy this stroll through one of Japan’s premiere winter illuminations, the Spectacle of Light. Maybe we get to show you in person one of these years!