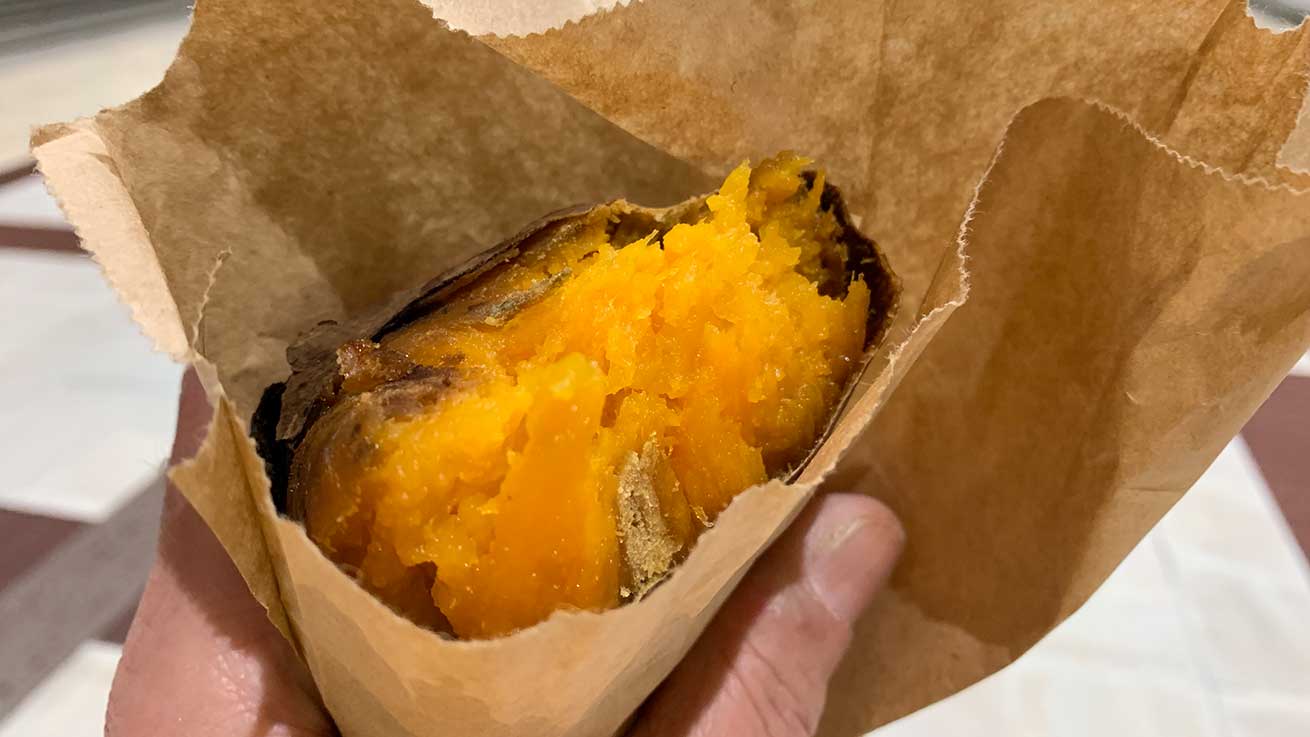 The Unmistakable Sound of Yaki-Imo Whistles

It’s definitely winter weather in Sendai by now. Yes, the official start of winter is still a few days away. But the sun is out, the air is crisp, and temperatures are getting colder. And that means that one of our seasonal favorites is back. Yaki-Imo, or roasted sweet potatoes, are showing up in stores everywhere. You can’t miss the smell, slightly reminiscent of roasting coffee.

But Yaki-Imo is not only available in stores. Many street vendors sell them from carts or the back of little trucks, as well. And you can’t miss the unmistakable sound of Yaki-Imo whistles! Traditionally sweet potatoes were roasted on hot stones. But that is not always practical. Today they are cooked on gas flames. The escaping moisture turns into steam and is vented through a tall pipe. This creates the traditional whistling sound.

Our First Yaki-Imo of the Season

The other day Coco and I were out for a walk when we heard the unmistakable sound of Yaki-Imo whistles. Of course, we had to go and investigate. And just around the corner from Jozenj-dori, we came across our first Yaki-Imo cart of the season. The sound was hard to miss! 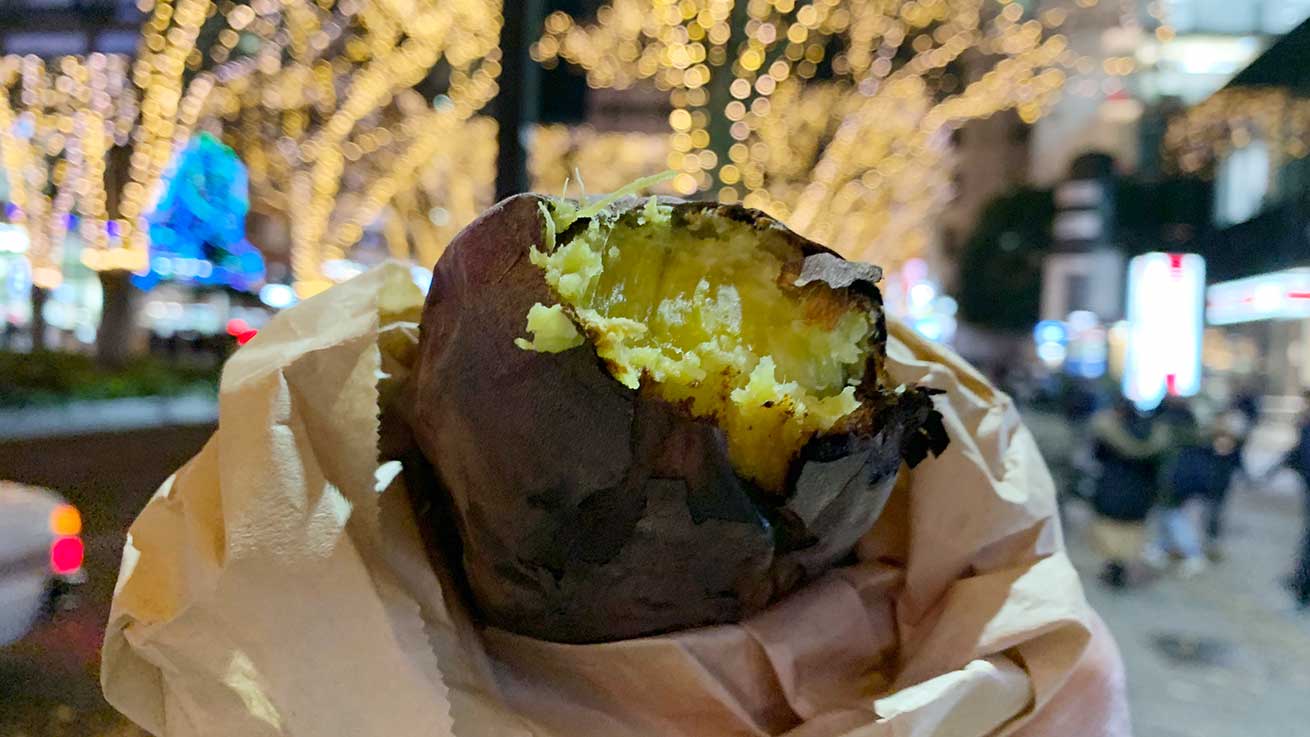 We just ate, but how could we resist? It must be the Yaki-Imo whistles that create that sudden urge. We walked up, and soon we had our first holiday treat. Piping hot, and with the unmistakable flavor of roasted sweet potato, it was a sure sign the holiday season had arrived. And the lit trees on Jozenj-dori were the perfect backdrop to enjoy this. It will not be the last time.

A Special Treat for Us

For us, Yaki-Imo has a special meaning. On the first night after we arrived in Sendai last year, we walked through the Festival of Lights on Jozenji-dori. We were excited to be in our new city, and full of anticipation of the new year, and our new life. On the way back to our hotel, we came across a street vendor selling roasted sweet potatoes. It was the first time I ever had one, and the last thing we ate in 2018. 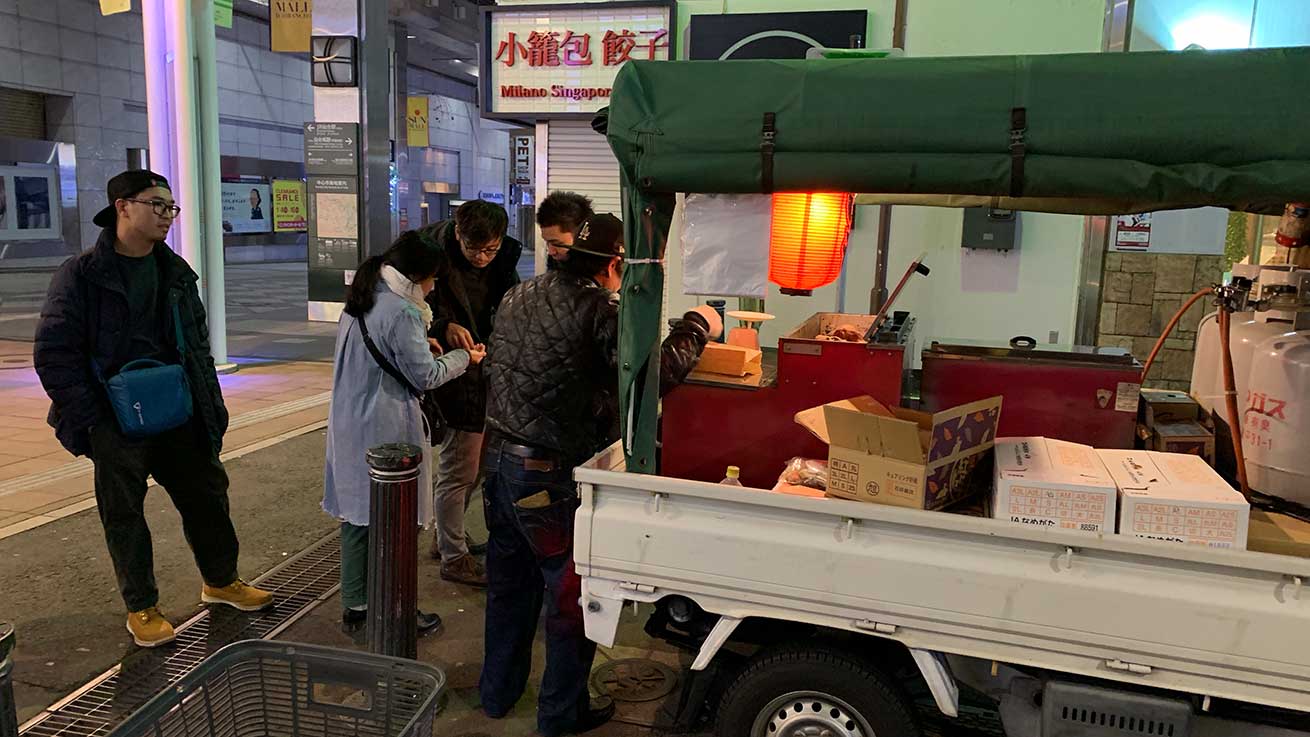 We look forward to the holiday season, and all the yummy things it will bring with it. And we will be listening for the unmistakable sound of Yaki-Imo whistles. After all, sweet potatoes are actually good for you!

If you would like us to help you find some Yaki-Imo, or other tasty Sendai treats, please feel free to reach out to us.