A Sidewalk Dumpling Shop in Kokubuncho

For some reason, when we go out for a walk, it somehow includes food and eating about 80% of the time. We don’t plan this. It just happens. Maybe it is because Sendai has so many great food options. Or because the food here is so excellent. But for some reason, food or food vendors seem to jump out at us. Like this sidewalk dumpling shop in Kokubuncho.

Here we were, just walking along. We had no specific plans other than to see the holiday lights on Jozenji-dori; this was the first night of the season. When we stopped by earlier, it was still too light out. On a whim, we decided to walk through Kokubuncho, when this sidewalk dumpling shop caught my eye. Maybe it was the movement of the owner stacking the bamboo steamer boxes, or perhaps it was the steam rising from the sidewalk window. Without even saying a word, we both headed across the street. 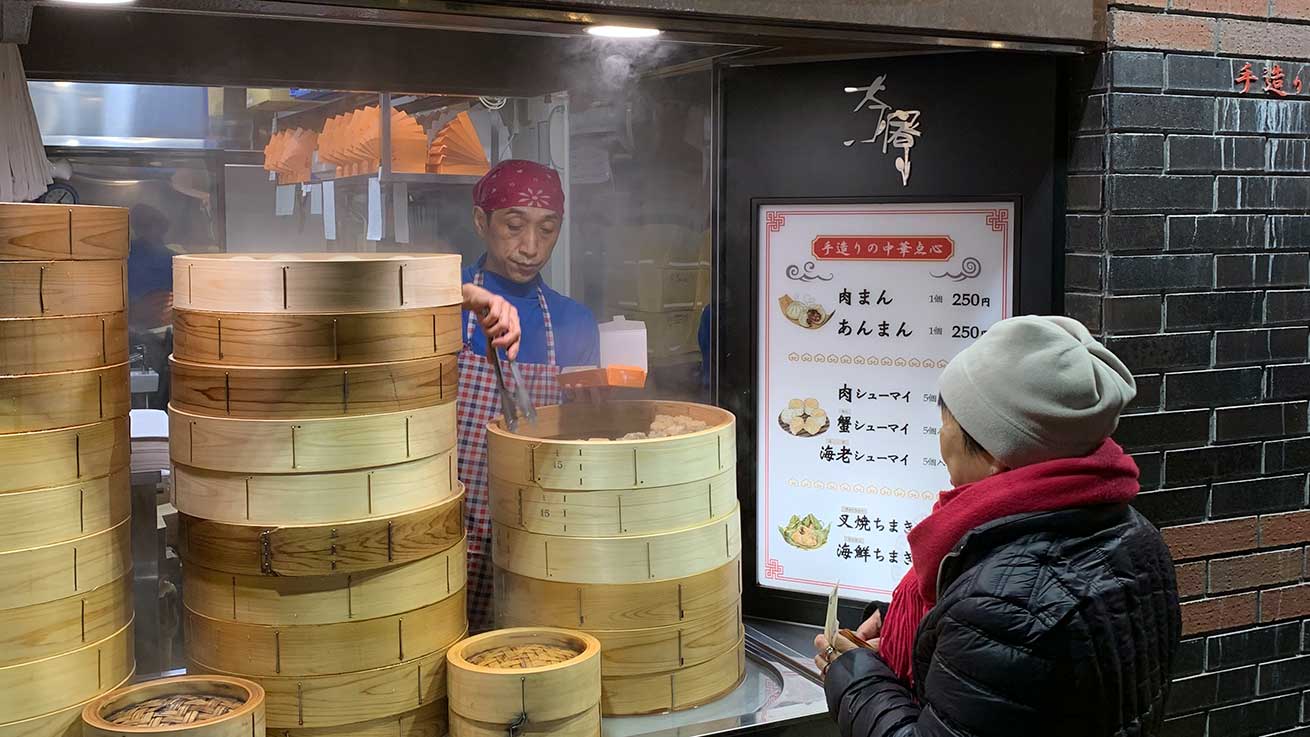 It was not exactly like we were starving. But this little sidewalk dumpling shop just looked, and smelled, appealing. It was pretty early in the evening, so maybe the vendor just opened for business. Kokubuncho is the nightlife district in Sendai, and most shops and bars only open in the late afternoon.

This sidewalk dumpling shop was pretty typical. It was tiny; we could see the whole kitchen from the walkup window. It could very well be a one-man operation; at least we saw nobody else. There were stacks of bamboo steamer boxes on the counter, and the steam coming from them smelled delicious. The menu was fairly basic. You had a choice Nikuman or big fluffy buns filled with meat and vegetables or an assortment of Shumai, smaller dumplings filled with a variety of seafood, beef, or veggies. 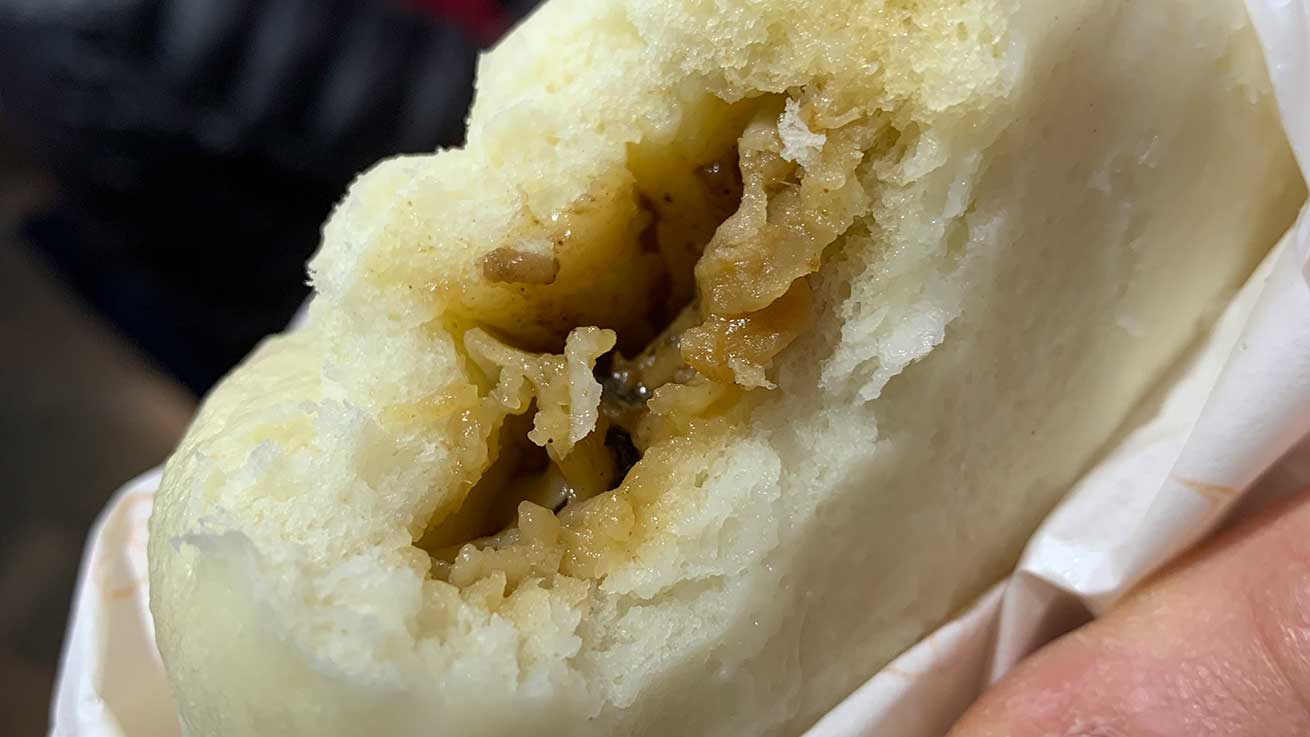 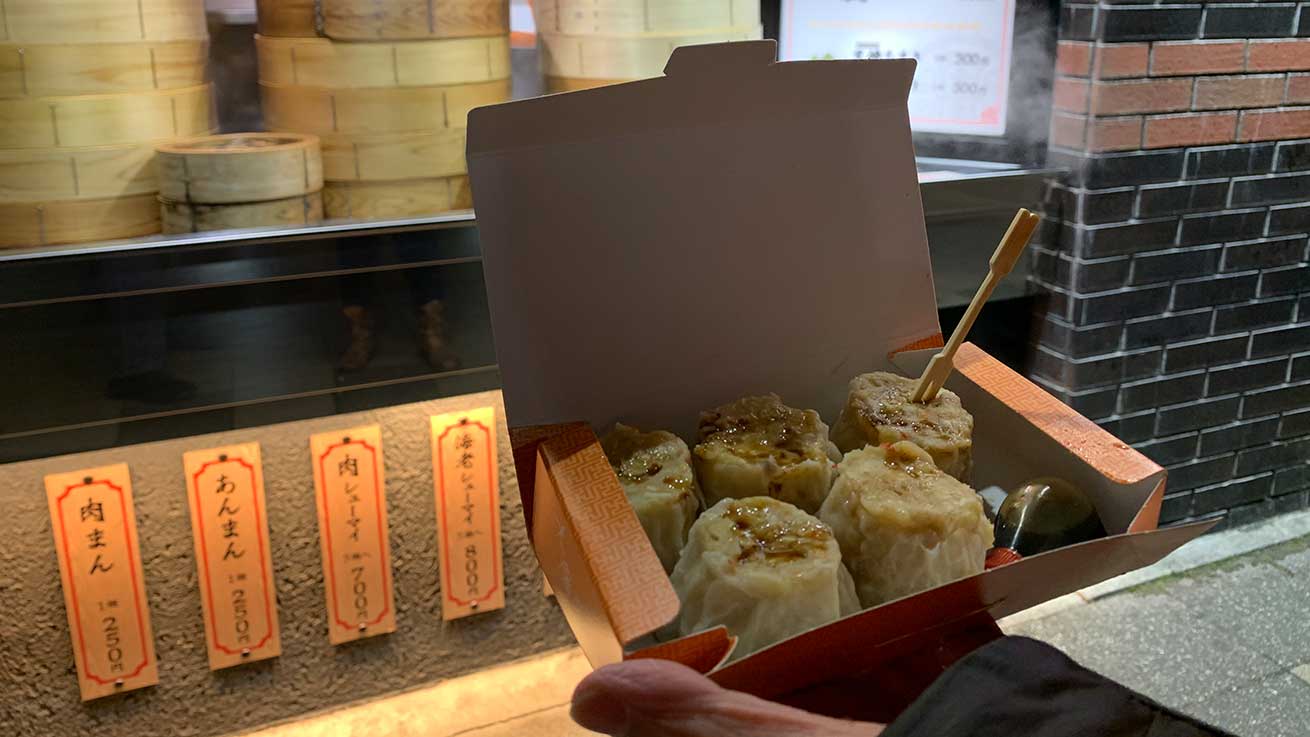 We always like to try as many different things as possible. I opted for Nikuman with beef, and Coco had a set of 5 Shumai. Both were piping hot and delicious. My Nikuman was fluffy and light, and the meat had just the right flavor and spices. Coco’s Shumai was succulent and juicy. And our little treat cost around 800 Yen or pocket change. We’ll definitely keep this sidewalk dumpling shop in mind. 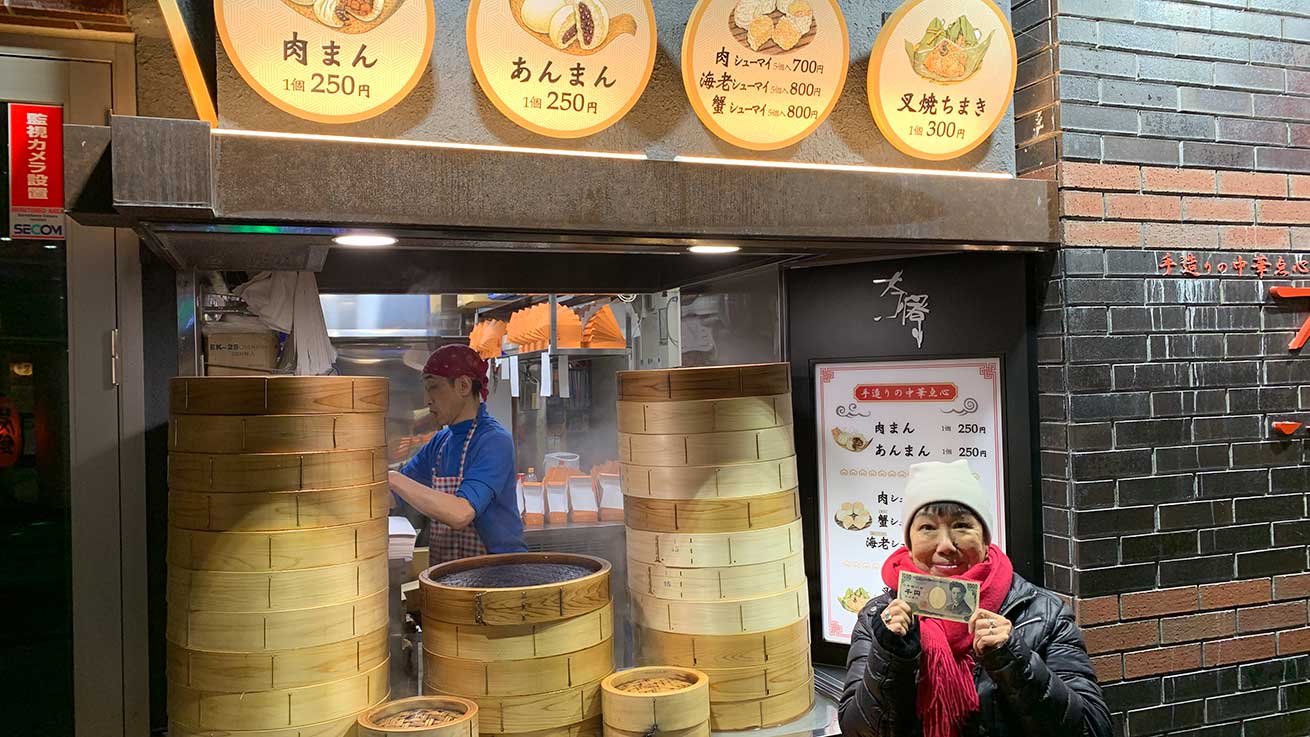 Remember what I said about our walks, usually including food? This walk may have been a bit more extreme than our usual standard. After our sidewalk dumpling shop treats, we didn’t even make it to the next block without finding a new Ramen shop we had to try. At least that held us over until we heard the whistle of a Yaki-Imo vendor. Good thing, we walk a lot. 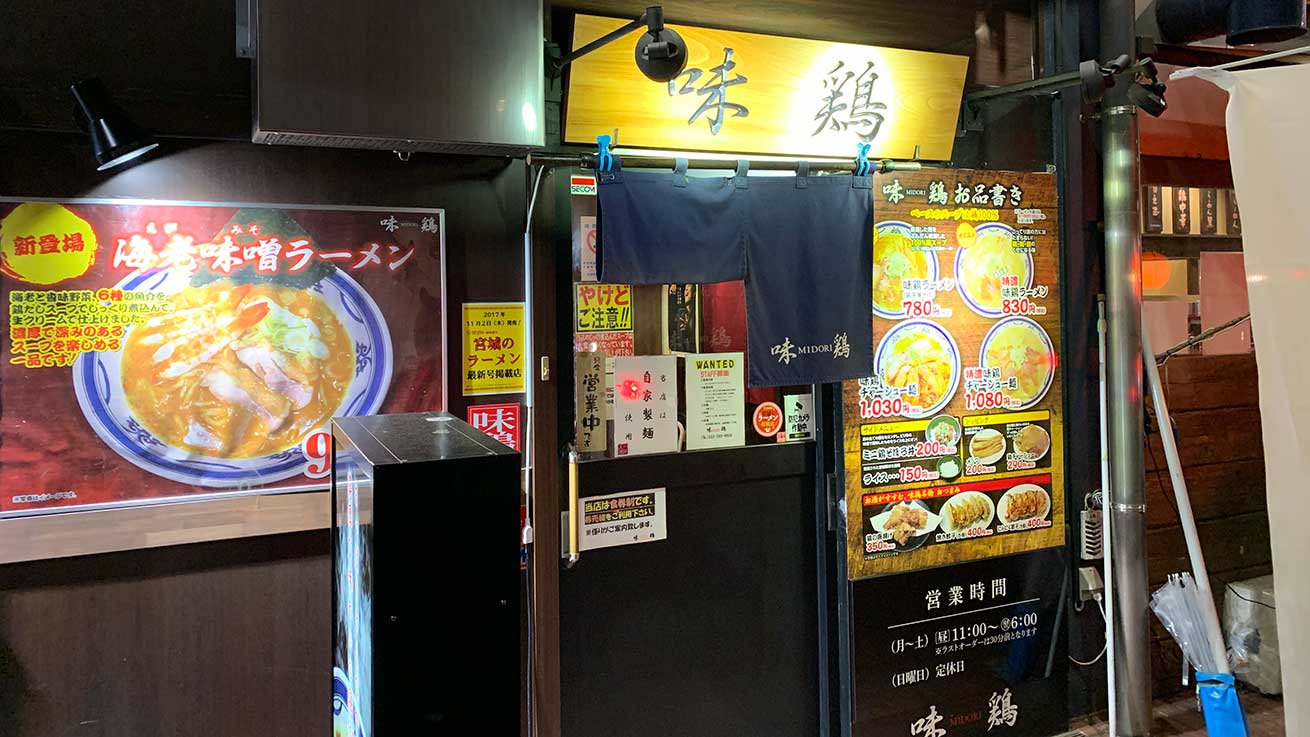 If you would like to join us for one of our food tours or learn more about Discover Sendai, please feel free to contact us for rates and availability.