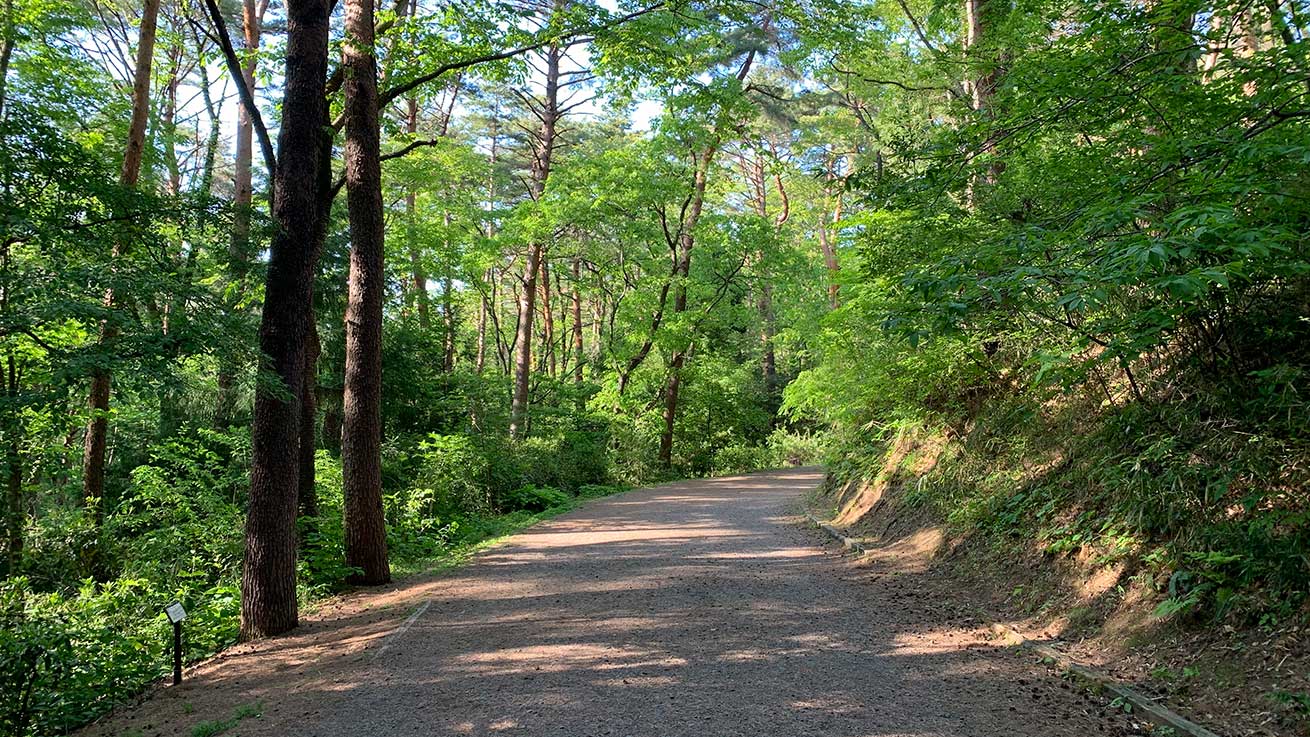 We Take a Loop through Dainohara Shinrin Koen

Sendai may not be a megacity like Tokyo or Yokohama. However, with over 1 million inhabitants, it is still a bustling metropolis. And while shopping at Asaichi Market, hanging out in Kokubuncho after dark, or enjoying the Winter Illuminations on Jozenji-dori can be fun sometimes you just need a break. And Sendai has some beautiful parks and gardens to do just that. On a recent sunny afternoon, we decided to take an autumn loop through Dainohara Shinrin Koen.

Our Local Bit of Wilderness

Dainohara Shinrin Koen is a 60-hectare urban park, about 50 hectares of which are kept as a natural forest area. The park also features a Japanese garden, a large Koi pond, and a fun obstacle course playground for kids. It features many picnic areas, public art, and many walking and hiking trails. The park is also the home of the 3M Sendai City Science Museum, an experiential museum that is also on our list to visit. A  walking trail makes for a nice loop through Dainohara Shinrin Koen. 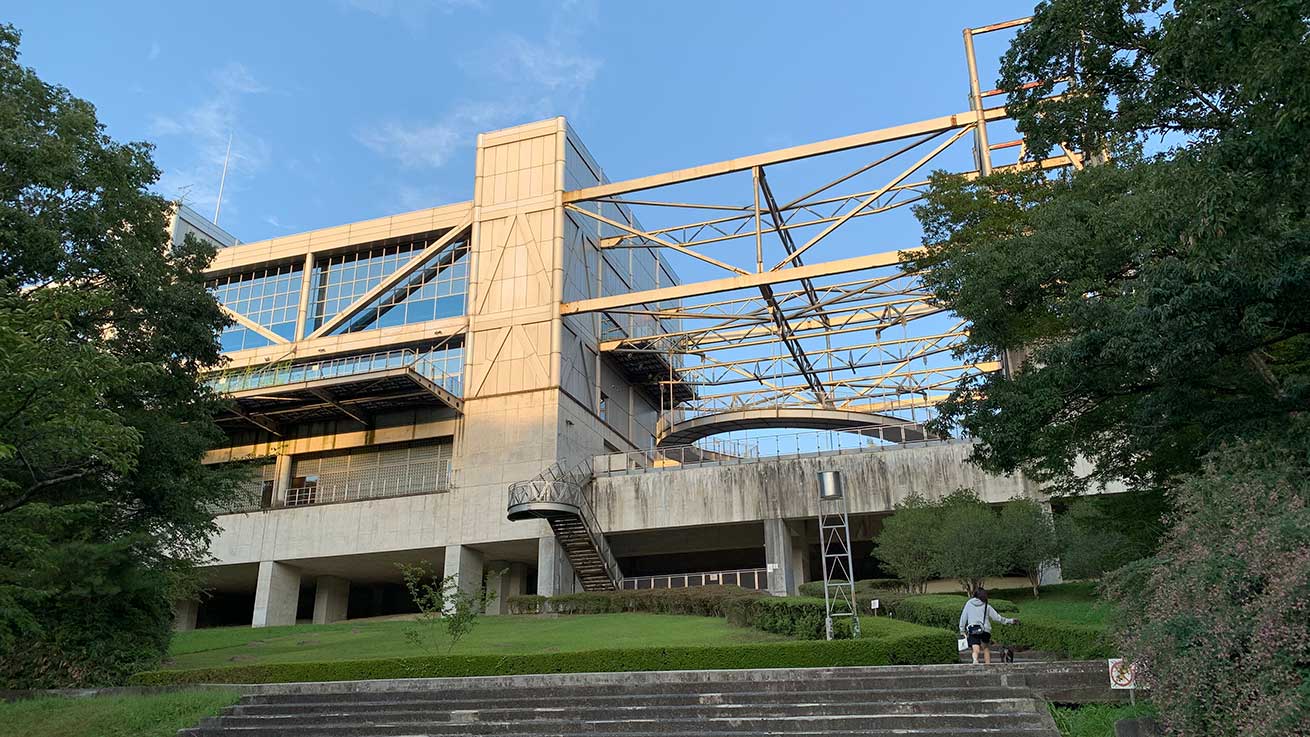 Dainohara Forest Park (you just had a little Japanese lesson) is about a 20-minute walk from our home up the hill in the Dainohara neighborhood. I discovered it by chance earlier in the spring, and it has become a favorite of ours. When we need a break from the city life, we head up here to enjoy our own bit of nature right in our own back yard, so to say.

A Loop through Dainohara Shinrin Koen

Our own favorite is the trail that basically circles the park. The entire loop through Dainohara Shinrin Koen is about 4km, just right for a nice walk through nature. The path is not paved but comfortable to walk on. No need to bring your hiking boots, but appropriate shoes are recommended. It is relatively level, and the average person can cover the distance in about 45 minutes. 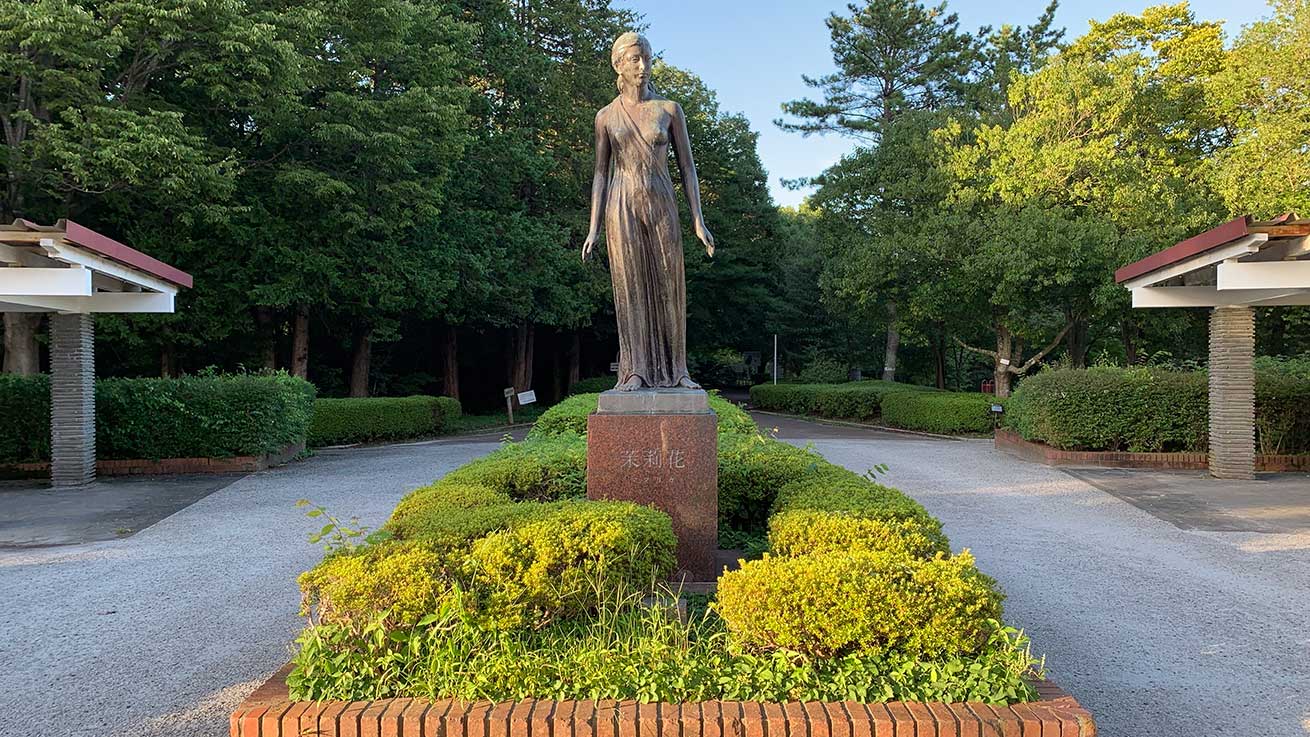 Starting at one of the main entrances to Dainohara Shinrin Koen, and passing the Jasmine Statue, you head into the forest area. The rolling path goes through trees, offering the occasional glimpse of grassy slopes and picnic areas. Smaller pathways lead off into the forest. Several large maps along the way keep you oriented.

The walking path gently first loops through the forested part of Dainohara Shinrin Koen, passing several picnic shelters, water fountains, and restrooms. All are spotlessly clean, of course. After about 2km, the pass slopes downward, next to the children’s obstacle course playground, and ending up at the north end of the park. You can end your walk here, but you would miss a few fun spots.

The second part of the loop through Dainohara Shinrin Koen is paved, and for the most part, out in the sun. Continuing along the path, you come to the large Koi pond, featuring a beautiful walkway across. This is a great spot to observe the greedy fish and ducks, waiting for handouts. On the hill behind the Koi pond, the Green Breeze statue keeps an eye on the park. 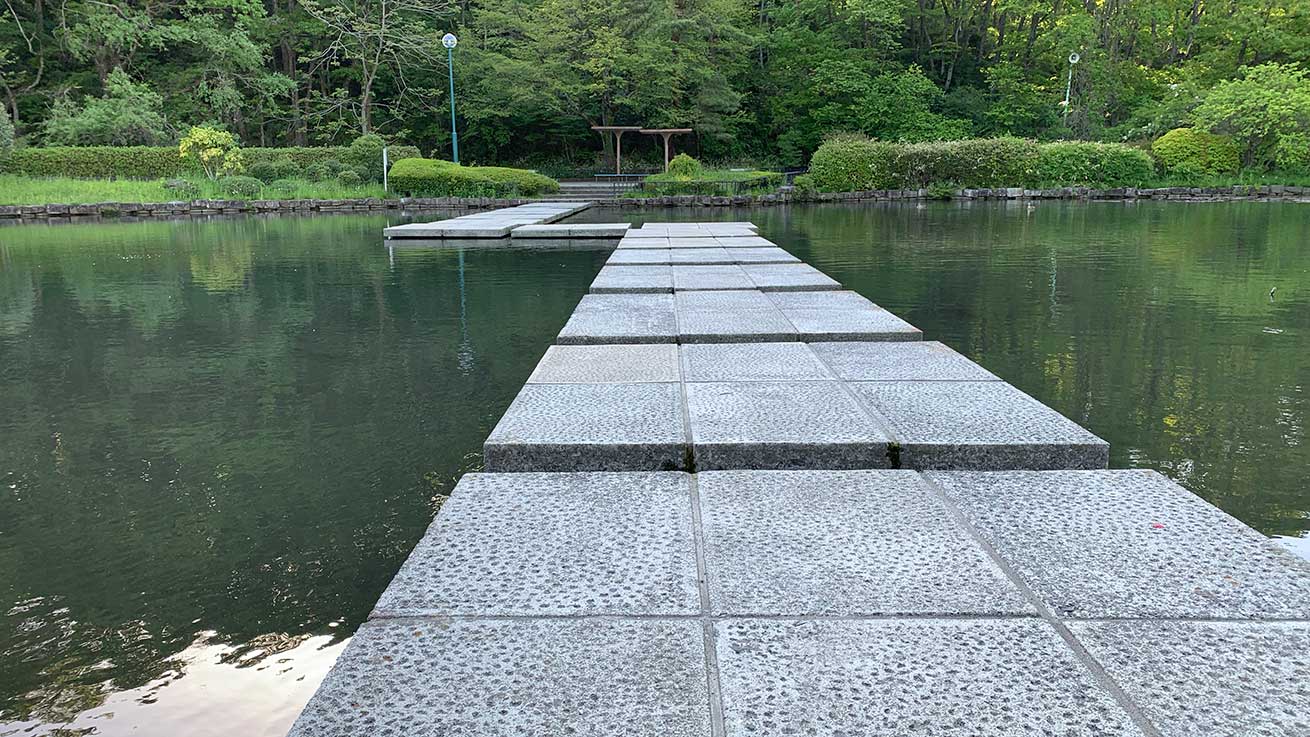 From the Koi pond, the paved path continues through a grassy area filled with statues of birds, passing by the Asahigaoka Subway Station. Since this part of the park is quite a bit below grade, you can actually watch the subway trains stop at the station. 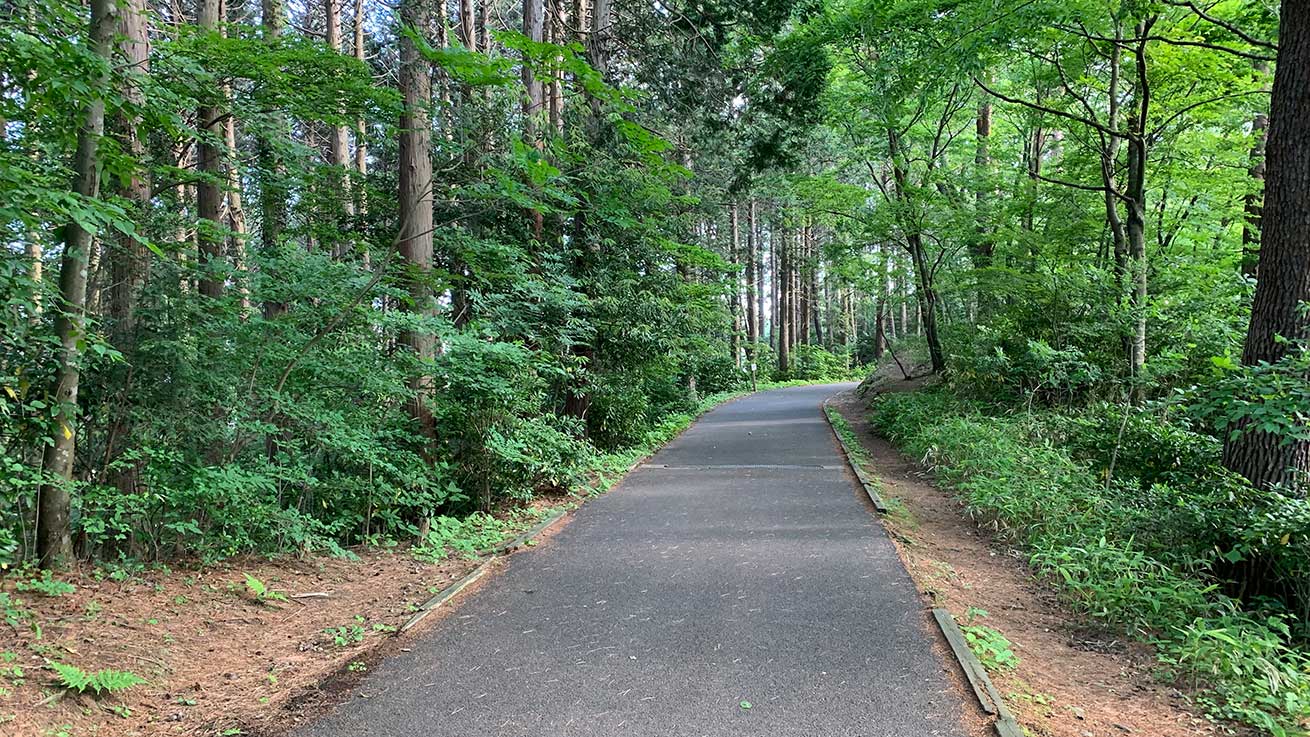 The last part of the loop through Dainohara Shinrin Koen slopes upward through the forest, eventually bringing you back to your starting point at the Jasmine statue. Along the way, you pass by an interpretive area about butterfly larvae and several small ponds. If you are lucky, you may catch a turtle or two relaxing on a log or stump. 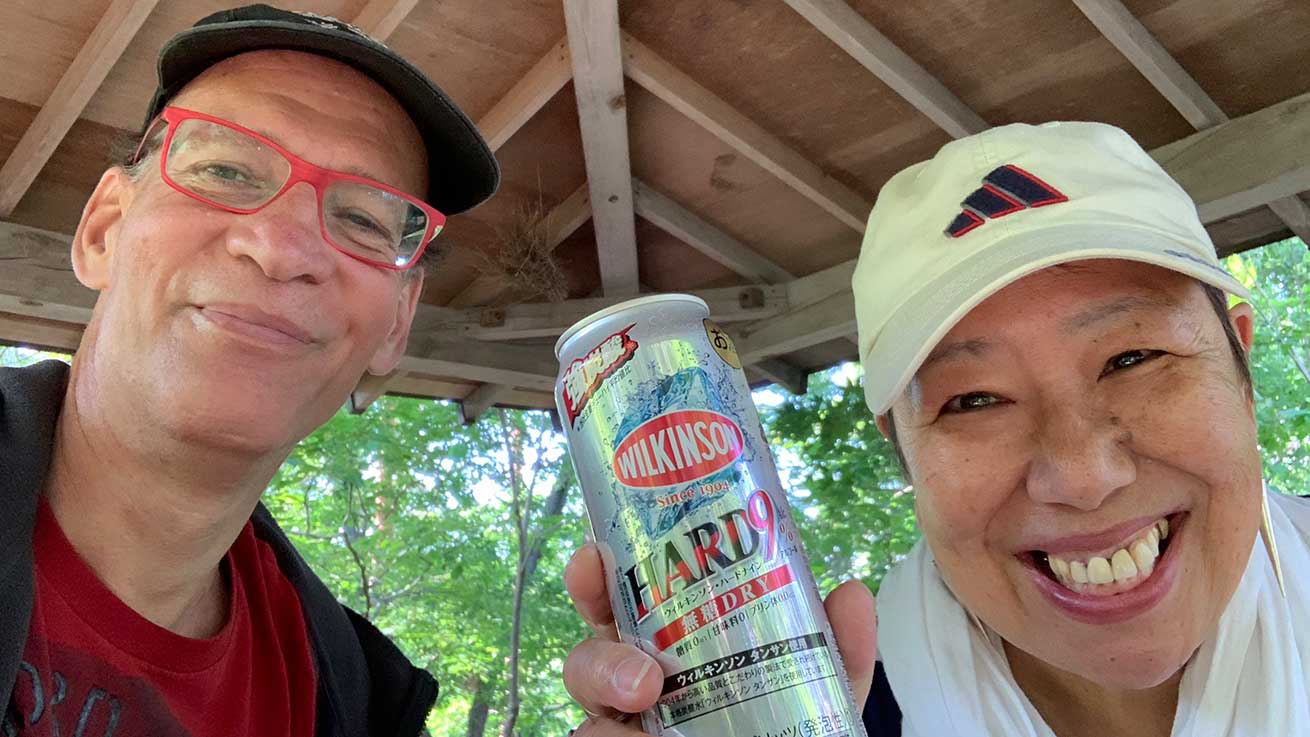 We have taken the loop through Dainohara Shinrin Koen several times, and we always discover something new. In the summer heat, Dainohara Forest Park is a nice respite from the heat. Coco often has a refreshing beverage. On our last walk, we enjoyed the beautiful fall foliage. And we look forward to seeing the park with snow in the winter. 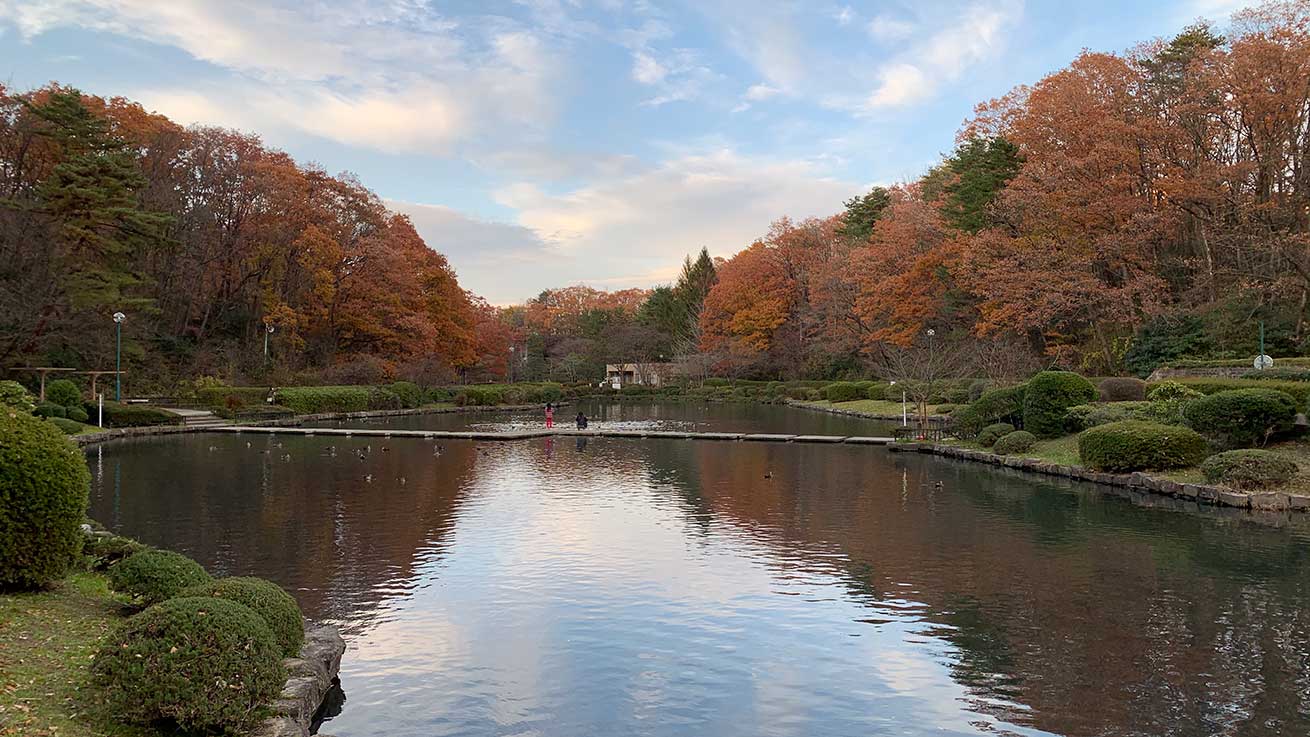 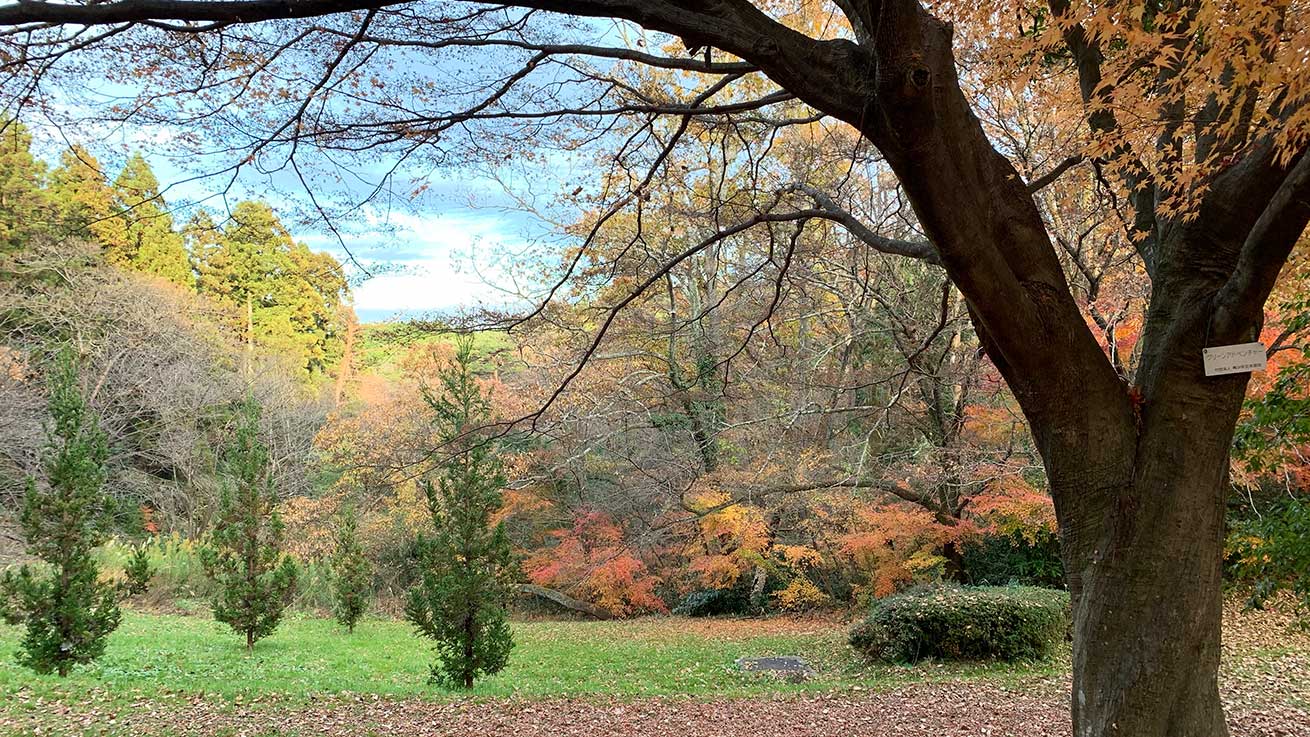 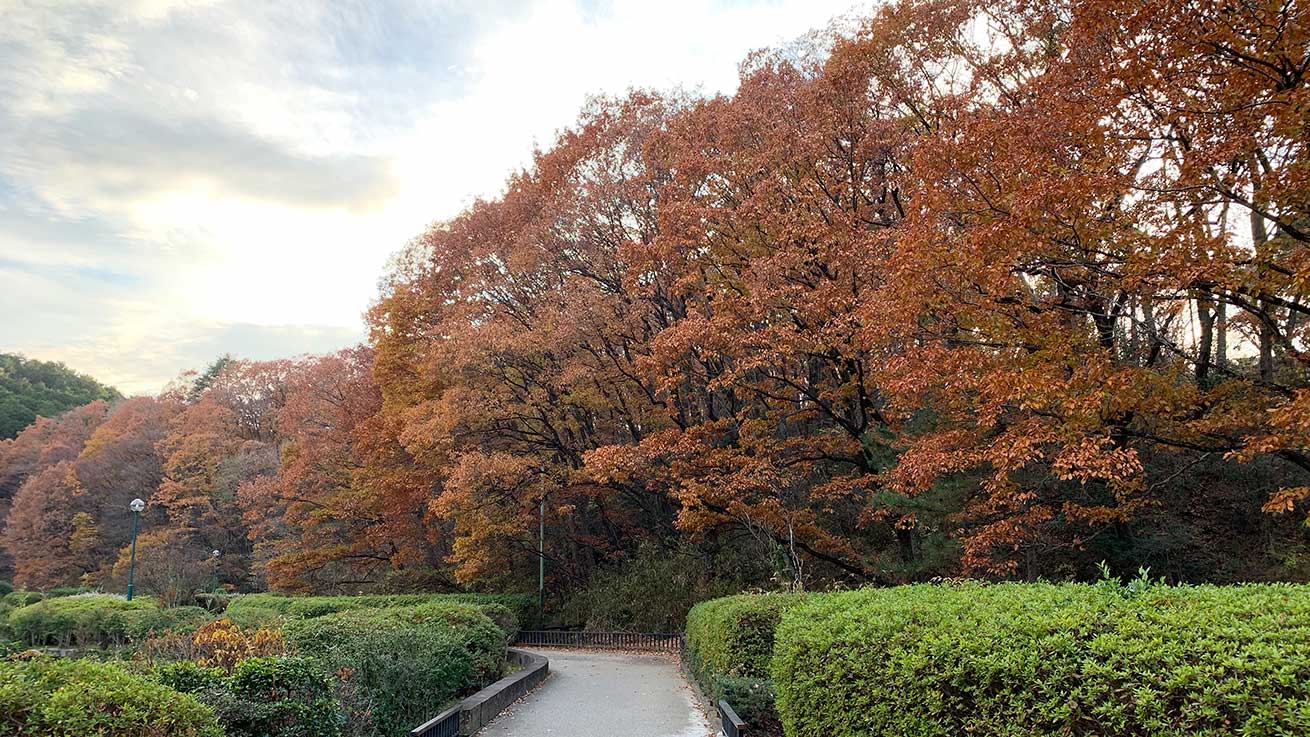 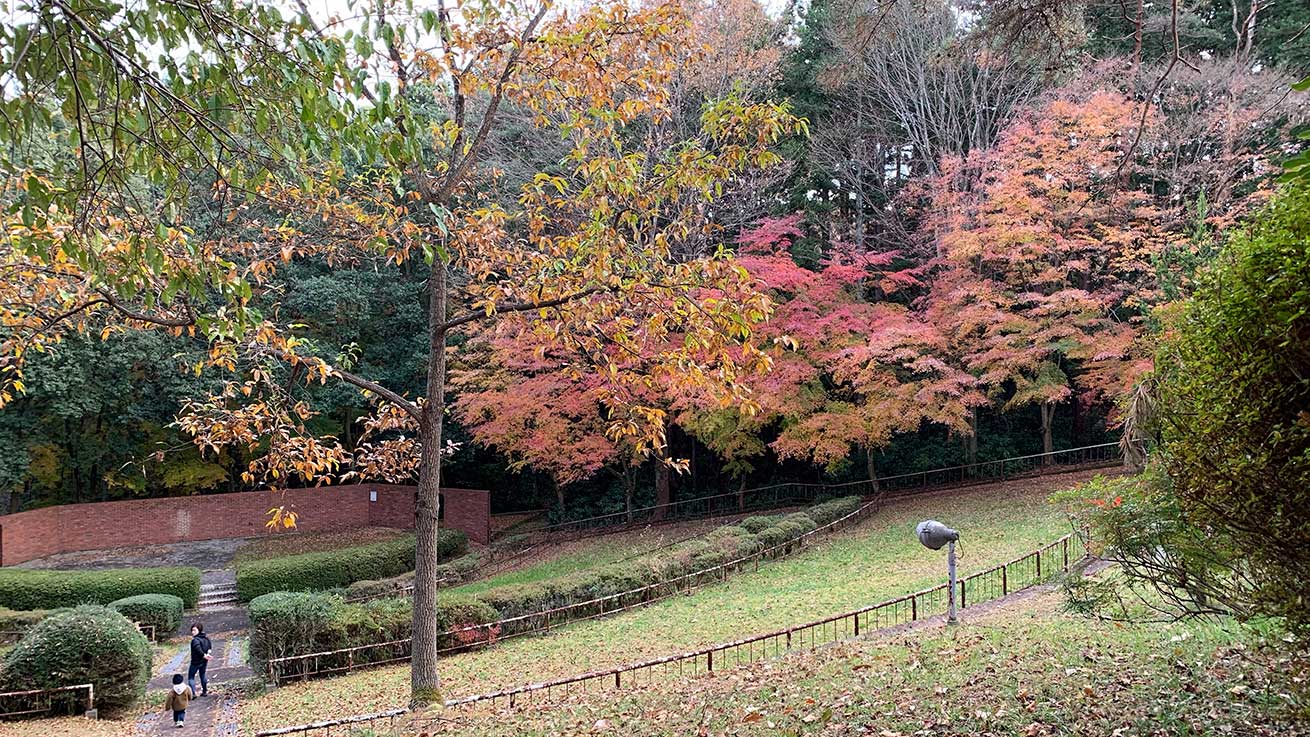 If you would like to join us on a loop of Dainohara Shinrin Koen or get a personal tour to discover Sendai, please feel free to reach out to us.